WHY IS MY DOG STARING AT THE WALL?

Walking into a room to find your dog staring at the wall is a little disconcerting, to say the least. Is there something in the wall? Is there a ghost? Is your dog sick? This particular odd behavior inspires a lot of questions, but the answers might surprise you.

Let’s take a look at some of the plausible—and implausible—reasons behind this strange behavior.

Is There Something in the Wall?

Dogs have significantly better hearing than we do. Sometimes, this means that they pick up on things we don’t –- such as infestations. Squirrels, termites, bees, and all sorts of other critters tend to move in alongside us, often without our realization, but they can’t sneak past our observant canines.

If your dog is staring at a wall, sit down next to her and listen quietly. See if your dog tilts her head from time to time, as if she is following a noise, and press your ear against the wall to see if you can hear anything. If you suspect there might be something there, call an exterminator.

Is There a Ghost?

The Internet is a great place to find fascinating theories that don’t necessarily have any basis in fact. A quick search for why dogs stare at walls reveals a lot of speculation about paranormal activity, which is fueled by plenty of popular horror movies.

Scientifically speaking, however, the answer is “no.” Many people believe that animals are more sensitive to the supernatural, but when it comes to your dog, play it safe. Ghosts are probably not the reason behind your dog’s new habit, so you can take ghost busters off speed dial and give your veterinarian a call instead.

Is a Dog that Stares at the Wall Sick?

Unfortunately, infestations and ghosts are not the most common cause of dogs staring at walls. There are several conditions that are far more likely, and some of them are serious.

As dogs age, like humans, they sometimes exhibit symptoms of senility. Canine Cognitive Dysfunction Syndrome (CDS) is similar to Alzheimer’s disease in people and is becoming more common as our dogs live longer than they used to.

In a nutshell, CDS causes a decline in cognitive function in dogs, and the disease is very common among senior canines. As many as 28 percent of dogs aged 11-to-12 have CDS, and that percentage increases as dogs age. Plus, many more dogs go undiagnosed.

This is due, in part, to the fact that diagnosing CDS is tricky and is mostly done by process of elimination. Veterinarians first rule out any other possible causes for your dog’s symptoms.

These symptoms are categorized by the acronym DISH.

Changes in how your dog interacts with his environment (disorientation), interacts with people (interactions), changes in sleep habits (sleep), and disregard for previously learned house-training rules (house-training) are all symptoms of CDS. However, many dogs only develop one or two of these symptoms, which leads owners to assume the problem is caused by something else and makes diagnoses difficult.

The first symptom, disorientation, can present itself in a few ways, but the most common are: walking aimlessly, getting stuck in corners, and—you guessed it—staring at walls. In other words, if your senior dog is staring at a wall, it is probably not termites or a restless spirit, but rather a byproduct of aging.

There are several things you can do to help a dog with CDS. The first step is taking your dog to the veterinarian to get an accurate diagnosis. Once diagnosed, your veterinarian may recommend increased mental stimulation for your dog, in the form of play and exercise, in addition to feeding him an antioxidant-rich diet.

Your veterinarian can also help manage any additional symptoms your dog may have besides staring at the wall. She can prescribe medications to help your dog sleep through the night and to help manage the dog’s anxiety, and may also recommend strategies for coping with changes in behavior and house soiling.

Staring at the wall or staring into space could be a symptom of a type of seizure called a partial seizure or a focal seizure. These seizures are often hard to diagnose, but if you repeatedly catch your dog staring at the wall, contact your veterinarian for an expert opinion.

Partial seizures can have a variety of causes, from cancer to epilepsy. In most cases, these seizures can be managed with medications, and you definitely want to make sure the cause is not something serious, like cancer or poison.

Other Reasons Why Your Dog Is Staring at the Wall

Cognitive Dysfunction Syndrome and seizures are the more common medical reasons why dogs stare at walls, but there are some other possibilities.

Staring could be a compulsive behavior, rather like compulsive disorders in people. These behaviors, like staring into space, spinning, tail biting, barking, fly biting, or chewing can get worse with time, so be sure to mention any behavior abnormalities to your veterinarian.

Staring could also be an attention-seeking behavior. If you inadvertently give your dog attention when he stares at the wall, he may repeat the behavior to get your attention again.

What to Do If Your Dog Is Staring at a Wall

However, if you notice that your dog stares at the wall on a regular basis, or that the staring is accompanied by other changes in behavior, call your veterinarian. You should also consider videotaping the episodes and documenting the date, time, and duration to show to your veterinarian, especially if there have been repeated episodes.

Many of the causes of staring are treatable, and it is important to take this symptom seriously, no matter how minor it may seem. 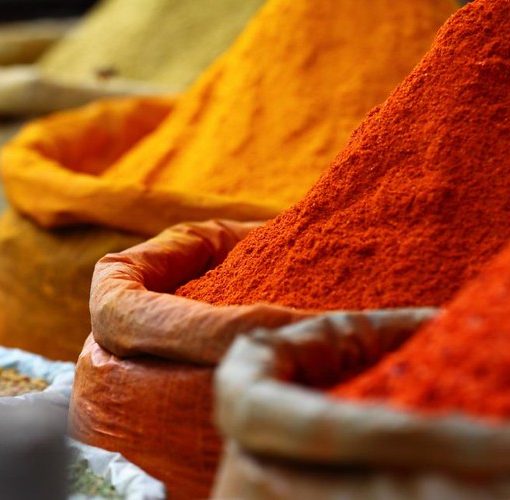 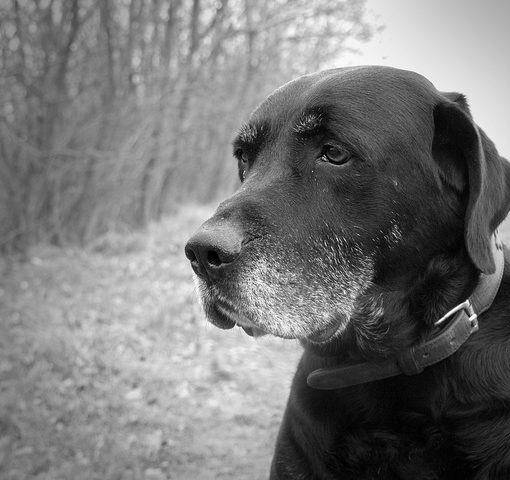